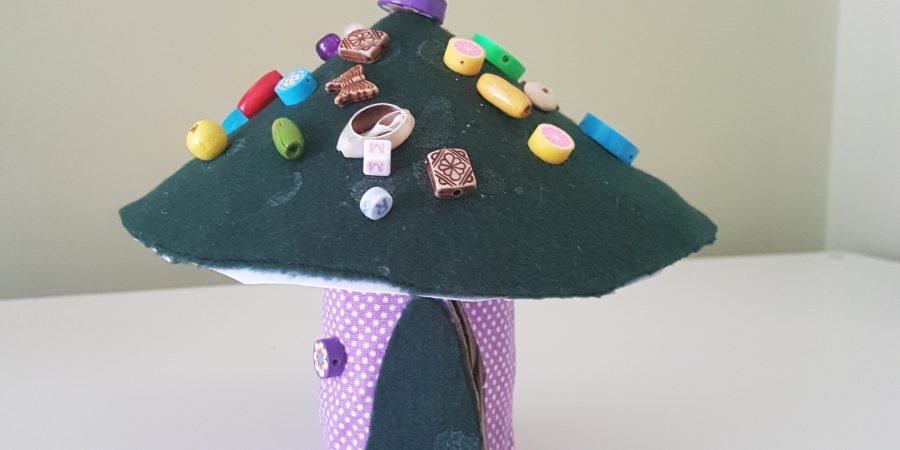 End result: 4/10 – it hasn’t been played with, and I’ve seen better fairy houses

“I’ve found this loo roll and some string”

Anyway – we did one, and given we were due to leave the house merely 20 minutes after starting to make this I think we did really quite well!  Here’s how we did it…

First, we stuck some material to some loo roll.  We used Pritt stick first, but it didn’t work particularly well so we used standard PVA eventually. 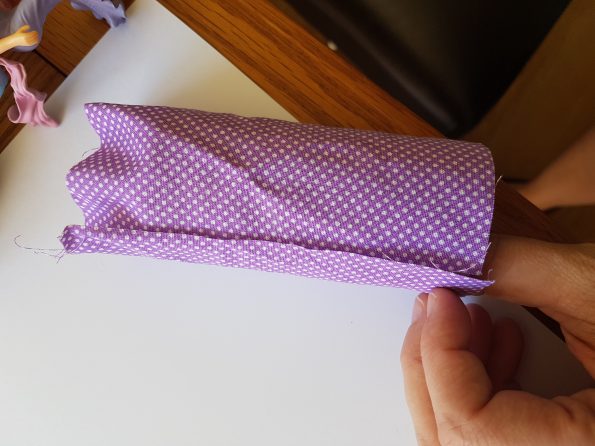 Then the Jess drew round a plate on some card and cut it out. 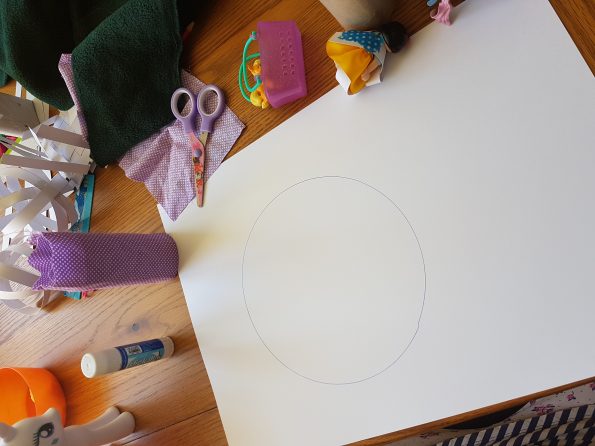 She did a pretty good job I think. 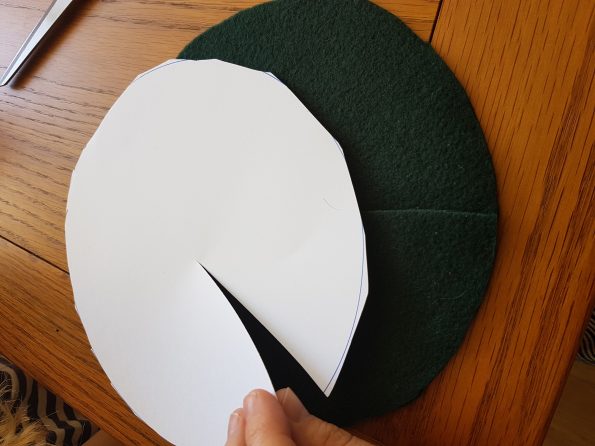 Then cut use the card as a template for the material, and cut around that too (I did that as was too tough for her to cut.

Glue the material to the card, and cut a slit to the middle then overlap to make the roof shape.  Sellotape it. 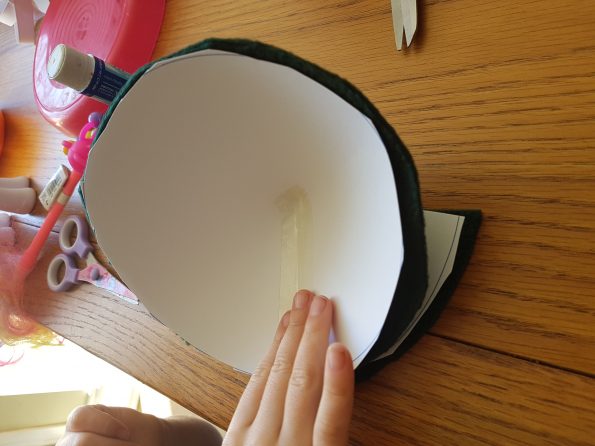 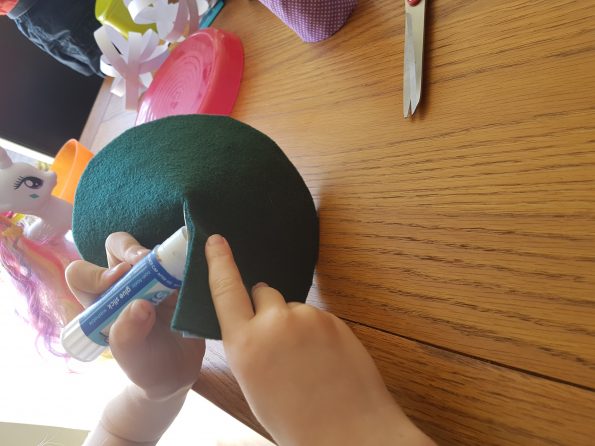 Jess then tried to cut out a door shape – but the fabric again proved too difficult to cut, so instead, she drew it and I cut it. 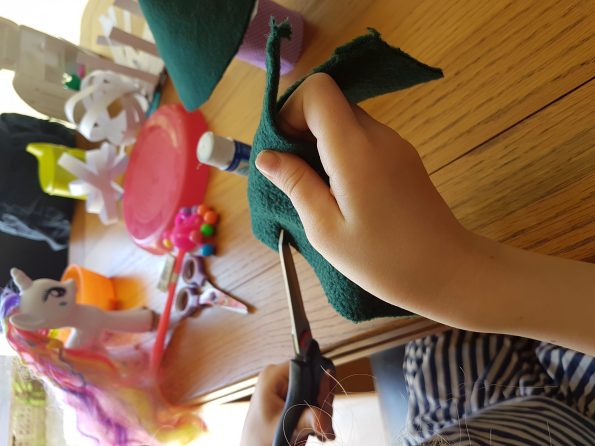 We used that as the template for the door, cut around it, and stuck it on. 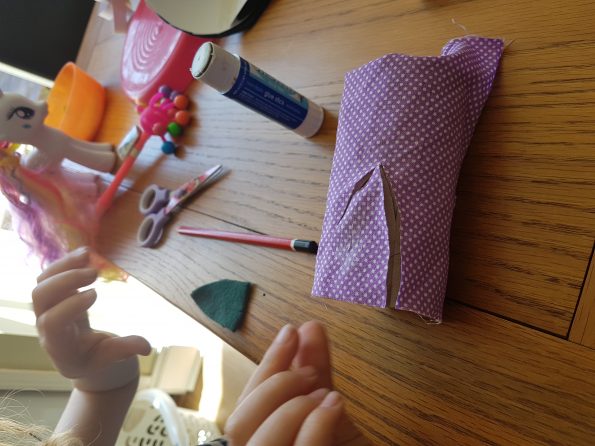 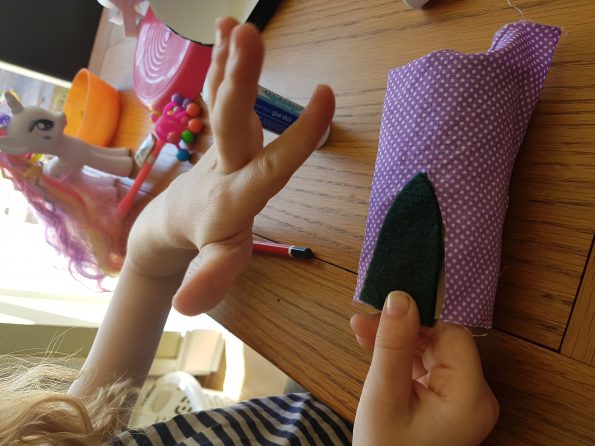 Then we decided the top needed some decoration so got out some beads and stuck them on. 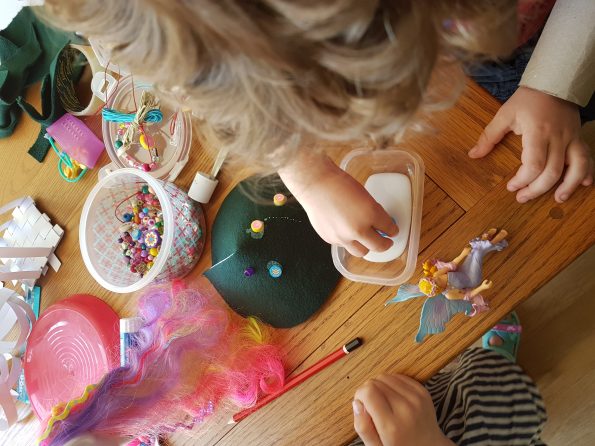 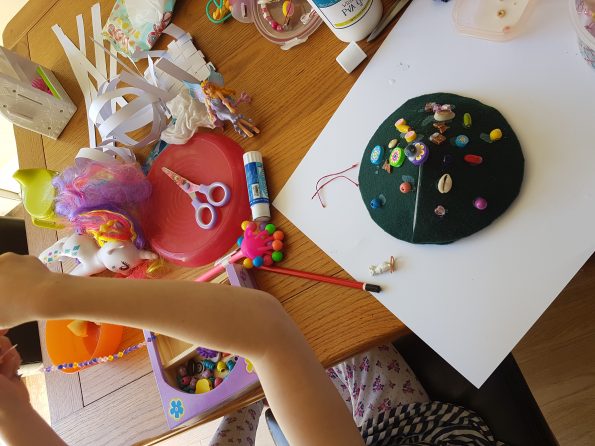 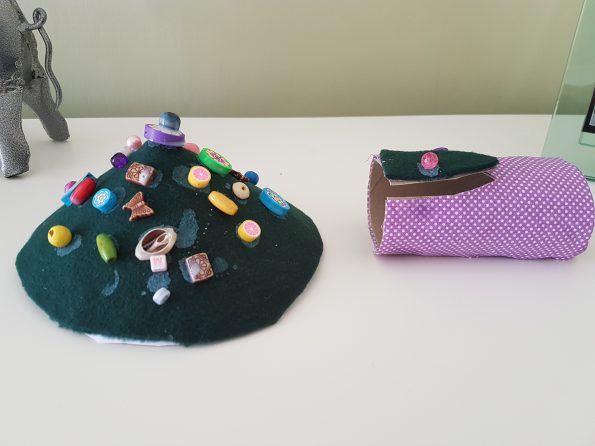 Little Harry joined in the sticking on too – it was pretty messy.  Also stuck a window and a door handle on the house.  We then went out for the day and let them to dry.

When we got back we glued the roof on… and hey presto! We have a fairy house! It’s not a village, but she got bored and really didn’t want to do anymore thankfully!  It isn’t perfect – but the kids had fun and it kept them amused for a while! 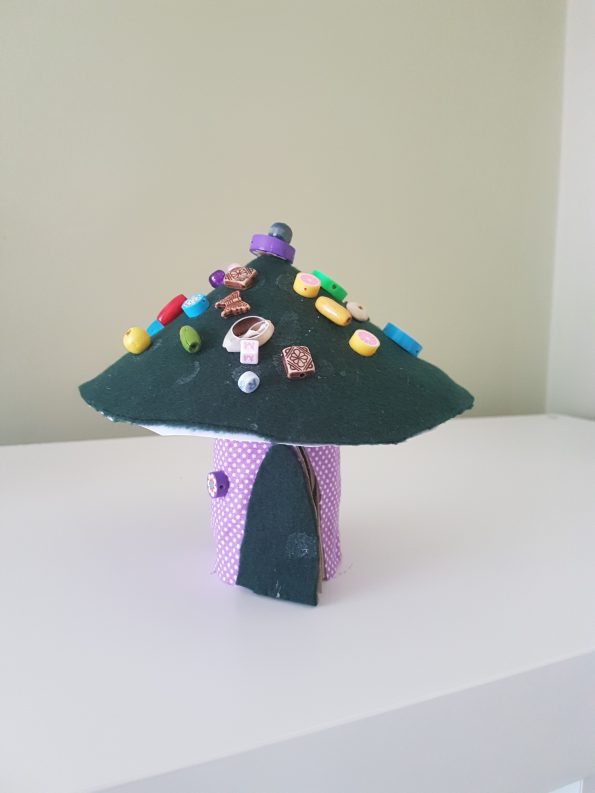 This blog is for busy parents who want to make sure their kids have a fantastic childhood, but are exhausted and have little spare time.  The crafts and activities are minimum effort for maximum effect, and the venues are judged on wine.